We value energy sustainability, and believe that change starts with education. We love the idea of collaboration and knowledge sharing, so we’re sharing what we know with you!

Here you will find information on energy systems, the issues we’re facing, and solutions for the future. We’ll also answer some of the questions that we come across often in our FAQs.

The strive for knowledge is constant, so we’ll be continually updating and adding to this section.

What is the Carbon Cycle?

Carbon is a major component of organic compounds, forms a major part of important rock-forming minerals, and is vital for life. So why is carbon considered a problem?

Well, it’s not carbon itself that’s the problem, but the exchange of carbon compounds between the earth (geosphere), biosphere, ocean (hydrosphere) and atmosphere.

Carbon exists in the Earth’s atmosphere in two main forms: methane (CH4) and carbon dioxide (CO2). These compounds, along with nitrogen oxygen, argon and other trace gases, help make up our atmosphere. As well as shielding the Earth from solar UV radiation, our atmosphere acts as a gaseous blanket, absorbing and trapping some of the heat that would otherwise bounce back into space. 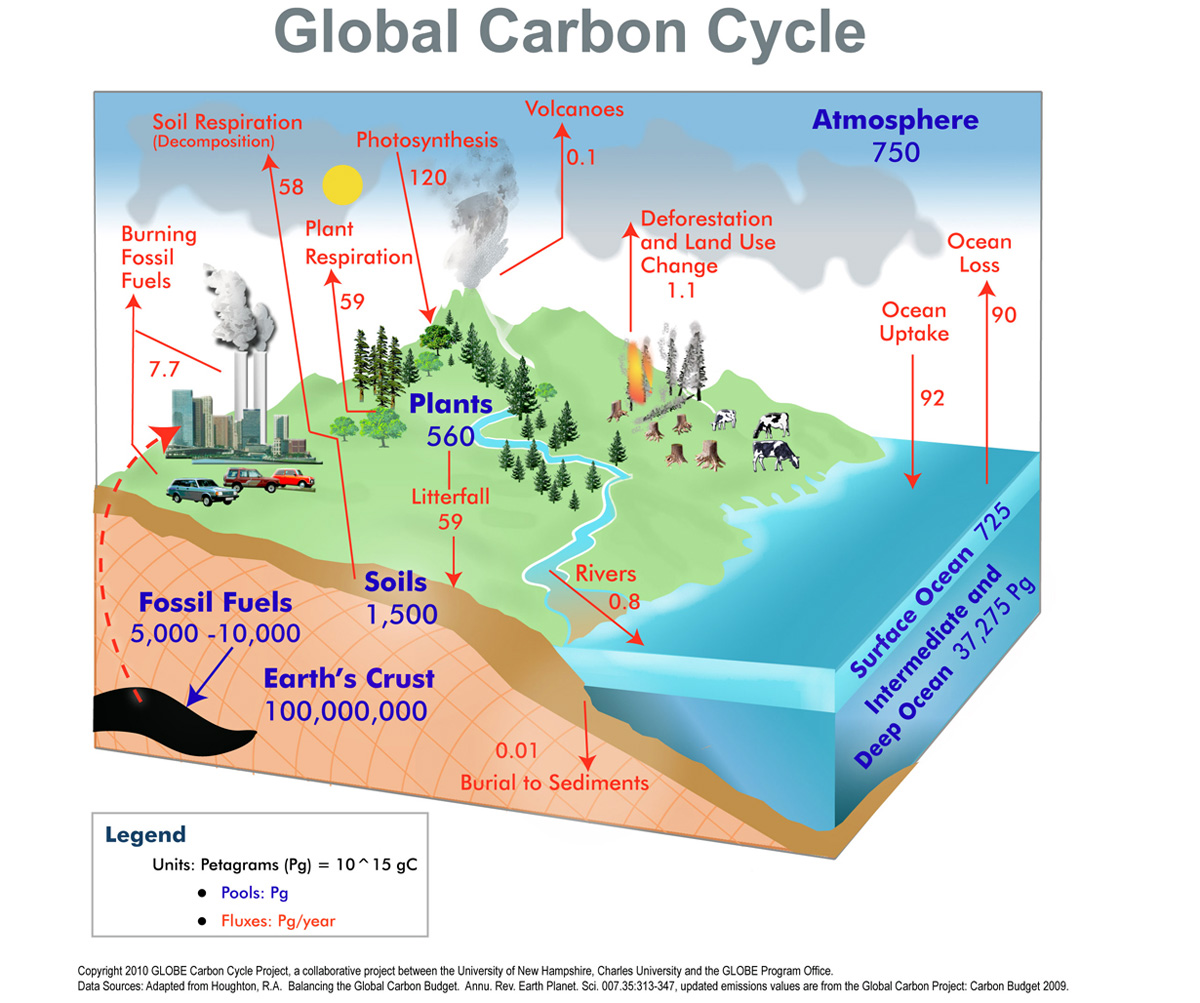 Carbon moves within and between different systems dynamically, with exchange happening between rocks, unconsolidated sediment, the ocean, surface water bodies, living organisms, and the atmosphere. The net movement of carbon between different systems is known as the carbon cycle. Human practices, such as industrial, agricultural and forestry activity, all influence this exchange.

In an unbalanced carbon cycle, where more carbon is lost to the atmosphere than is taken up, this greenhouse effect increases, causing greater warming than would otherwise occur with no atmosphere.

For an other-worldly extreme example of why you can have “too much of a good thing”, we can turn to another planet in our solar system: Venus.

On Venus, a “runaway greenhouse effect” resulted in so much thermal energy being trapped by the greenhouse gas rich atmosphere (96% CO2), that any liquid water was literally boiled off the planet.

Here on Earth, we might be some way away from liquid water being boiled off, but we are not out of the woods. Fossil fuel combustion and agricultural practices means we are releasing more CO2 into the atmosphere from the geosphere than is being taken up by carbon sinks (e.g. forests).

Over time, this will result in:

This is occurring at an unprecedented rate that is faster than has ever been measured before, even on geological time scales.

To try to limit (or mitigate) the impact of these life- and ecosphere-threatening effects, we need to drastically reduce our excessive contributions to the carbon cycle, known as lowering our carbon footprint.

Current Status of Energy in the NT